The Future of Apple Without Steve Jobs 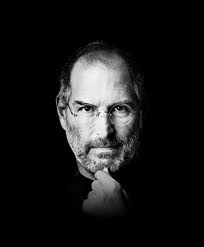 Since Steve Jobs, Chief Operating Officer of the Apple corporation, has announced that he will be taking another medical leave, people are questioning what sort of future Apple has without him directing Apple’s course.

When Jobs took his last medical leave two years ago, Jobs gave a defined amount of time that he would be out. He left for six months and indeed returned in that time period after having a liver transplant. However, Jobs newest leave did not have any sort of time frame given at all, provoking many to ask the question of whether he will return and how serious is illness is.

Even though Jobs will be taking a leave, he is still the CEO and will be a part of all major decision making and strategic planning for Apple. However, with the new iPad 2 coming out, people are wondering if anyone else will be able to lead the introduction of new iPads or iPhones the way Jobs did.

Many people at Apple are confident in the company’s ability to remain successful with or without him. However, the announcement of Jobs medical leave was made on a day when US stock markets were closed, and in Europe where markets were open, Apple shares fell close to ten percent after hearing the news. This suggests to some people that someone at Apple was concerned about the way investors would respond to the news, and chose to make the announcement on that particular day purposefully.

If history is indicative of the future at all, then Apple should remain confident. Apple not only survived Jobs previous leave, it actually did very well as its stock went rising from $2.33 on January 16, 2009, to $163.39 on July 31st. That means Apple shares increased over sixty percent. Stock analysts are still suggesting that people buy Apple stock if a sudden stock sell off is available.

Apple’s board of directors continues to operate as though they are planning for Job’s return, and continuously reassure investors that a succession plan is in place. There are rumors that Chief Operating Officer, Tim Cook, will become Jobs successor.

Only time will tell if Apple is going to be as successful as in the past. Luckily, there’s a great road map in place and although Apple may not have that little extra something that Jobs brought, Apple will probably continue to move forward just fine.