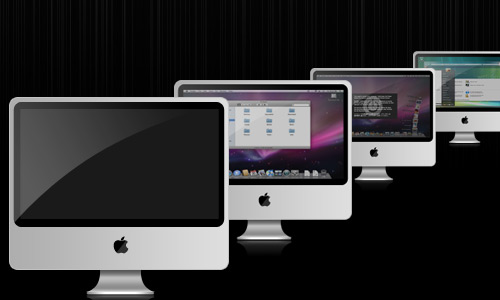 Apple computers have been known to hold their prices compared to other computers. A used PC is worth only a very small percentage of its original value, and that resale value drops significantly with each passing. For Macs, it is a different story.

The first and foremost reason why Apple computers hold their value is due to safety and protection. Apple computers simply do not get viruses. When someone buys an Apple computer, they know that they are getting a machine that won’t become useless if they visit the wrong website, or download a virus on accident. For PC computers, it is extremely easy to get a trojan or other viruses. The hardware and software leave tons of holes for viruses and hackers to get into. Apple computers use the latest, and most advanced technologies to make sure that nothing happens to them if a virus tries to install itself. The virus simply won’t be allowed to work.

Another trend with mac computers is the prices. The prices on their computers continue to increase over time, which allows for used computers to fetch a higher price as well. A lot of PC computers have been known to go down in price over time. This creates an artificial ceiling on how much used PC computers can sell for. If someone can go out and buy a PC for cheap, then why would they be willing to pay top dollar for a used one? Apple computers are more expensive, so most people wouldn’t be able to go out and simply buy a new one.

Another reason why Apple computers hold their value is because they are made with quality product. They are built to last through minor falls, and heavy use. Their hardware is designed to have a very long shelf-life compared to other computers so even an older model is almost guaranteed to last a long time. This also is one reason why a Mac computer may be the cheaper option in the long run. Since PC computers are known to break, or get infected with viruses, they don’t have a very long shelf-life. They often cost a pretty good amount of money, and have little to no resale value meaning they will have to buy brand new computers every few years. Mac computers on the other hand don’t break often, and when someone wants a newer model, they can often get back a fair percentage of what they paid for the original.

Related posts
How To Protect Your Macbook From Getting Stolen
March 16, 2011
The Future of Apple Without Steve Jobs
February 7, 2011
HandBrake updated to 0.9.5, now Intel-only
January 8, 2011
Tips For If You Get Liquid In Your Macbook
November 28, 2010
iPhone 4 Delivers Despite a Few Disappointed Users
July 16, 2010